Profile: The Legacy of Angela Merkel

Andreea Badiu-Slabu is one of Breaking the Glass Ceiling’s regular contributors.

Angela Merkel managed to secure her place as the German Chancellor after the Christian Democratic Union (CDU), her party, won the elections. She is the first female chancellor and the first one from East Germany. Now is the moment to think about her legacy as it should be her last term in office. There are discrepancies between her international image and the one from her own country. The world sees Merkel as a competent leader who is acting with calm. But, at home, people fear she might not be able to keep the country stable and worry about what the future will bring. During her time as a chancellor, she tried to satisfy the center which led to the rise of the right-wing Alternative for Germany (AfD). The policy that has made her more unpopular among the population was the decision to allow a high number of refugees into Germany paired with the lack of any explanation that led her to this action. This has sparked numerous controversies and the whole situation turned into chaos. Almost 20 billion euros were spent on the refugees in 2016. A major point of AfD’s criticism is that her goal must be the integration of migrants into the society. 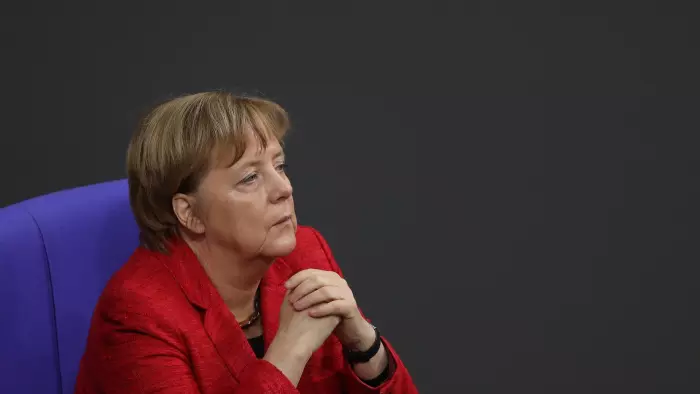 Another domestic issue that has resurfaced during the terrorist attack on the Christmas market is the understaffed police and military. Because she decided to end compulsory military service, people blame her and point to the political instability that dominates the world arena today. But Merkel promised to increase the number of police officers by 15,000, as well as reaching the 2% GDP threshold for NATO. As far as foreign policy is concerned, Merkel failed to have a stronger stance against Putin regarding the Crimean invasion because Germany is dependent on Russian gas.

The Bundestag elections brought uncertainty in the country as days have passed by and a coalition is still not formed. The attention is on Angela Merkel’s future plans as her time has come to an end. Recently, the Social Democrats admitted the possibility of forming a government with Merkel’s party. “With this decision . . . we are not committing ourselves to a particular formula of government participation,” says Martin Schulz, the leader of SPD after it was voted unanimously for starting talks. Ms Merkel said, “Europe is unthinkable without a strong Germany and strong co-operation between Germany and France, and that’s why we have a huge responsibility to form a stable government.” Next week the leaders of the SPD and CDU/CSU will hold a meeting regarding the coalition. Following this, in January, they will begin the exploratory talks that will last about a week.

Although Merkel failed to win decisively in the elections, she is still here for another term. She is an important figure who has shaped Germany’s image throughout 12 years being ranked more than once as the most powerful woman in the world. However, she needs to think her next steps carefully as she is in the spotlight. Storms like Brexit and the anti-immigrant sentiment that is on the rise are hitting German shores. One thing to add here is how the relationship between France and Germany will unfold. It is crucial that Macron and Merkel find an agreement regarding the European project. The key of this agreement is the eurozone reform. They have already set March next year as the date to reach the consensus. “The will is there and that is crucial”, said Angela Merkel, clarifying that March would be the time “to know what structure we want…and in March we will be able to present results”. On his side, Mr Macron expressed his will to find common points between the two countries. “We are launching high level strategic work to find the points we can agree on. We can agree on many things if we start with a wide approach”. Now more than ever, Merkel’s decisions will hold a huge weight over Germany and Europe alike, as these critical issues put more and more pressure on our leaders.

Joffe, Josef, 2017 ‘The beginning of the end of Angela Merkel’, Politico